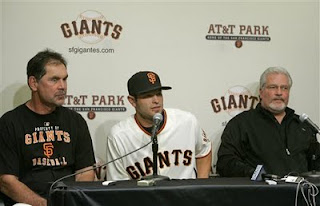 No discussion of Giants trade deadline dealing ever fails to reference Brian Sabean’s history as General Manager — in particular the now-infamous Joe Nathan for A.J. Pierzynski trade following the 2003 season (Oops, I did it again!) — and to me, this flies in the face of standard baseball logic.

From the day they pick up a bat or put on a glove, coaches train players to have short memories. Every plate appearance, every batter faced, every ball hit in your vicinity is a new chance to strive for perfection. Yesterday is yesterday and tomorrow is tomorrow, so worry about the present.

You’d think we’d apply this philosophy equally to the front office. After all, if every GM sat at their desk fretting over a move because they’ve made bad moves in the past, the dealing would dry up. Everyone would stand pat out of fear. But these guys have the balls to pull the trigger year after year, and we put them through the wringer year after year, expecting every deal to be Pedro Martinez for Delino DeShields.

I’m part of a rather quiet contingent of Giants fans who didn’t think Sabes had to do anything before 1 p.m. on July 31st. That’s not to say the team had no room for improvement, far from it. But I felt — at least prior to the All-Star break — that the team as constituted had as good a chance as any of making the postseason. And even if they fell short, they would’ve given their best shot with a crew of youngsters who’d only benefit from pressure-packed playing time down the stretch.

This season was supposed to be about developing talent, and to the surprise of many — myself not included — the talent developed a bit earlier than expected. Granted, much of this is due to the impact of Pablo Sandoval’s bat, but there have been solid contributions from the likes of “Nasty” Nate Schierholtz, Travis Ishikawa, and recently Eugenio Velez, all of whom could factor into the team’s plans for years to come.

But in a logical move, the powers that be decided not to think about the future but the present, to win first and ask questions later. And of course, this move makes perfect sense. Timmy and Matty aren’t getting any younger, and any chance to put them in a short playoff series should not be taken lightly. However, in the process of setting up a contender for this year, the Giants put the promise of several prospects on hold. 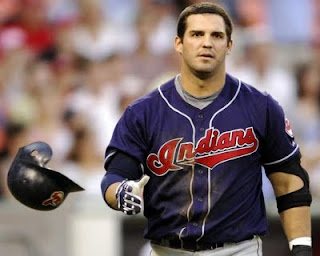 On the surface, this is a fantastic deal. Yes, Barnes had fantastic numbers... in A-ball. But the offense on that San Jo team would be enough to support just about anybody, and there’s no way you can extrapolate Single-A talent to guaranteed Major League success.

Okay, so folks say the same thing about Madison Bumgarner, but let’s face it, the Giants farm system is fully-stocked with pitching talent, and for good reason. There’s nothing more precious in this game than young arms. Hitting wins divisions. Pitching wins championships. Sabean and his staff understand this all too well, and they leverage their strength in the arms department to get what they want later on. Hence this trade — and the one that followed it.

As for Garko, he’s a solid bat that will certainly improve our strength at first, especially with an OPS higher than anyone on the team outside of Pandoval. But his arrival puts a serious crimp in the plans for Ishikawa, who was only recently starting to come into his own at the plate. That’s not to mention he’s a damn sight better than Garko with the glove. Expect these two to be regularly involved in late-inning double-switches.

With Garko under club control (and arbitration-eligible) at least through next season, Ishi’s days in orange and black might be numbered. I can imagine a few teams taking an interest in a big lefty first bagger with a high upside. But Travis shouldn’t worry about his future. It’s in God’s hands, after all. 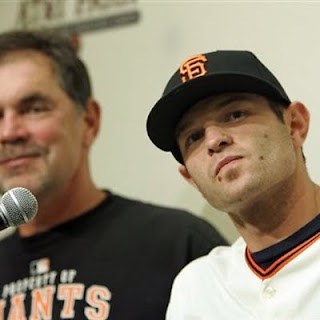 Okay, okay, okay! Everybody chill the f@#* out!

Remember, Sabes never named names when talking about “The Untouchables.” We all just assumed Alderson was on the short list. And boy, did we get egg on our faces?

The first report of this trade involved a combination of names from Freddy Lewis to Kevin Frandsen. That it got done as a one-for-one deal is actually a steal, even though the one we gave up was part of the alleged golden arms the team was theoretically stockpiling to create the ultimate rotation in 1-2 years’ time. Notice anything about my choice of words here?

We fans love to deal in hypothetical scenarios, and we’re free to do so, free from the analysis and criticism of a sea of journalists, bloggers, fanatics and fringe-dwellers, free from concern for our next paycheck, from thinking every time we pull the trigger on one of these mythical deals in our heads that it might be our last.

Brian Sabean and the 29 other GMs across MLB do not enjoy that luxury. They do this for a living, and they’ve been doing it a while — except for that Epstein guy in Boston. (What’s up with him?) And though I may sound like a naïve little homer, I’m willing to give them the benefit of the doubt.

These guys spend all day every day studying players. I spend a couple hours a day in front of the tube or watching video online and I take the occasional trip down the street to Muni or — more regularly — up the Peninsula to AT&T. I’m willing to admit I don’t know jack compared with the top brass. If Sabean, Dick Tidrow and the rest of the “Brain Trust” decided Alderson was expendable if it meant bolstering up the most glaring hole in the Giants lineup — beyond a bone fide cleanup hitter — then I’m willing to swallow my pride and accept it...

...if only it didn’t wedge a permanent rift between my favorite team and my favorite fellow alum. 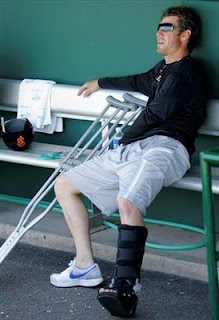 This deal almost certainly marks the end of Kevin Frandsen’s tenure with his beloved Gigantes, and the prospect is breaking his heart. I can’t help imagining a parallel universe where Franny didn’t tear his Achilles last spring, where he came out in 2008 and put up a .290/15/70 season in the two-hole and picked it clean in the field, where there was no question coming into Spring Training this year as to who would be starting at second base, where I was writing about a contract extension for the reincarnation of Robby Thompson instead of musing on his likely departure.

The day after this deal went down, K-Fran was benched by Fresno Grizzlies Manager Dan Rohn for throwing his bat after a frustrating plate appearance. Later on, it became common knowledge that Franny’s agent was requesting a trade for his client. I had a hard time reading the news, but somehow Baggs makes every sour pill go down a little sweeter.

So what now for the former Bell? The former Spartan batting champ? The scrappy hometown boy who consistently trounced expectation and made his own fate?

I can only hope a starting job awaits him on a struggling team in search of a spark. And I can guarantee you that if he finds a place in this league, he’ll make the Giants pay with every at bat he takes against us.

Meantime, I’ll have to be happy with a three-time All Star and former N.L. batting champ with what might be a gimpy knee holding down the cornerstone for the foreseeable future. That and the thought that the guys who know this team best believe they have a shot at glory come October.