An Open Letter to Larry Baer 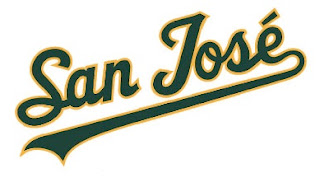 We need to talk. It started a few years back, when Lew Wolff got it in his head that Oakland wasn’t the best home for the ballclub he’d recently purchased. The A’s play in a rundown stadium in a decrepit area of town in front of a dwindling—albeit loud and loyal—fanbase. The organization’s limited revenue stream prevents it from building a consistent winner and essentially makes them a ward of the league.

Enter San Jose. After it became abundantly clear that the City of Oakland has no earthly idea what it’s doing, and the fever dream that was Fremont faded quickly away, Northern California’s largest city was left to reap the spoils: a professional franchise in a sport that actually draws national interest.

Sure, we have the 49ers moving in next door, but they’ll still bear the San Francisco brand. Then there are our beloved Sharks, who play in a league without a decent TV contract; the Earthquakes, who play the wrong sport; and the Sabercats, who ... aren’t really worth mentioning.

Major League Baseball will always be just that: Major League. And San Jose deserves a taste of Major League action. But you just won’t let us have nice things, will you, Larry?

I’m a third-generation Giants fan. My roots stretch back to the Polo Grounds. I was going to see the Orange and Black 12 years before you and your golfing buddies saved the franchise from exile to Tampa Bay. I was there for the ‘87 NLCS and both takes on Game Three of the ‘89 Series. I was there for the last season at the ‘Stick and the beginning of a new era at the Cove.

Prior to the 2010 season, I fulfilled a lifelong dream and became a Season Ticket Holder. I was rewarded with the most glorious season of my life.

Earlier that year, the citizens of San José were treated to a poll, ostensibly funded by the San Jose Giants, your minor league affiliate. Residents were asked if they would support a new Downtown baseball stadium if it meant directing resources away from core city services like cops and firefighters.

Of course, nothing could be further from the truth, but that’s the idea behind a “push” poll. You know the answer you’re looking for, and you push the respondent there. It’s a common piece of political chicanery. Only this time, for me, it was personal.

That’s because the poll was actually funded by you and your golfing buddies. The same guys who 20 years ago saved my favorite team from leaving the Bay Area alone to the A’s were now spending oodles of dollars and miles of print to force the A’s out of the very same market. My hometown was caught in the crossfire.

What’s it gonna take to call off the siege, Larry? A few more dollars in your bank account? Your own island somewhere in the South Pacific? As Bud Fox famously asked Gordon Gekko: “How much is enough?”

I wish I could help you out, but I just cut a check to reserve my seat at AT&T for the 2012 season, so I’m a little short right now. It makes me wonder how many of those hard-earned dollars you’re going to spend in your quest to prevent San Jose from becoming a Major League City. And it makes me question why I keep contributing to the cause.

FYI: This post previously appeared on San José Inside under Butch's pseudonym "Peter Allen".
Posted by Butch Husky at 5:21 PM