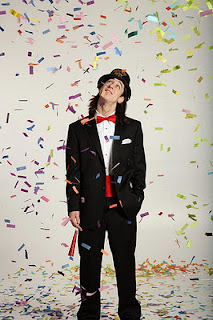 In case you missed it, while the 49ers were turning a dream season to mud, Timmy turned down five years at $100M from los Gigantes. This is not a huge red flag, so you can catch your breath and try to avoid having a coronary. It's just another salvo in the never-ending cock-measuring contest that is contract negotiation.

The Giants are doing their best to keep costs down by lowballing Timmy on the back end of the deal, and Timmy's agent is doing his best to get his client every cent he rightly deserves. These are the standard postures of labor-management relations, and it's not surprising to see them arise again and again in baseball. After all, the MLBPA is one of the strongest private sector unions in the country.

Labor negotiations are all about comparisons and precedent. Good union reps know what the best-compensated employees in their field are making, what kind of benefit plan they enjoy, how many bathroom breaks they get every day. They use this data to force management to bring their contract offers up to par.

According to Cot's Contracts on Baseball Prospectus, these are the 10 highest-paid starting pitchers in Major League Baseball by average annual salary (contract years in parentheses):
A couple things stand out here: the top three are southpaws; and Barry Zito is the most overpaid ballplayer of all time – but you already knew that. The gold standard for Lincecum is Halladay at $20M per, and from that perspective, the Giants' five-year offer was right on. But time changes everything.

You can bet that Big Roy will sign an extension with the Phillies or a contract with the Yankees after the 2013 season. And you can bet it will be in the neighborhood of $25M per. Assuming his body holds out deep into his thirties, market inflation alone will net Roy a big raise.

So $25M is the number I'd bet Timmy's agent is looking for from the third, fourth, and fifth years of his client's prospective contract. Which is why I don't expect anything more than a two-year deal unless the Giants are willing to go to 5-$125 or 7-$180.

But hey, I'm no mathematician, I'm not the GM, and I don't hold the purse strings. I'm just a dude with a web browser and a blog. Somebody else gets to make the final decisions. And thank god for that.

Don't sleep on the Matt Cain extension. It could have a serious impact on the Timmy talks.
Posted by Butch Husky at 11:20 AM