Where have you gone, Gerald Dempsey? 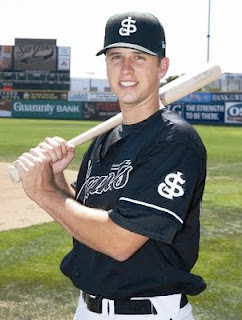 There is no crying in baseball. But there is horror. Pure, unadulterated horror... No matter which player had ended up in a heap at the plate in the 12th inning of Wednesday night's loss to the Marlins, it would have been a horrific sight, a horrific moment, a deafening breach in the veneer of baseball, the gentleman's sport, our national pastime. Indeed, I thought I had gone deaf, as the very soul was sucked out of the crowd in one unconscious gasp, and suddenly you could hear creaking masts on yachts parked in the marina, seagulls in the distance impatiently awaiting their evening feast, water lapping on the shores of McCovey Cove. To say it was quiet in the house just does not do it justice. That is as soft a crowd as has ever graced the stands at 24 Willie Mays Plaza.


I didn't need to watch the replays to know it was an awful collision. But we see this type of thing all the time, and Giants fans should know better than most. After all, it was our loveable first baseman J.T. Snow who plowed into Pudge Rodriguez to end the 2003 NLDS against... wait for it... the Marlins. After all, it was our loveable outfielder Nate Schierholtz who absolutely lit up a Chinese National Team catcher in the 2008 Olympics. Nate, by the way, is the man most responsible for Posey's injury. After all, if his throw hadn't been so damned accurate, Buster would've been nowhere near Cousins as he came barreling toward home. (That's what we call a joke, folks. Trying to lighten the funeral palor of recent days.)

Do I think the rules need to be changed? Of course not. Jeff Passan of Yahoo! Sports is right. If this had been Eli Whiteside getting blown up, ho hum, business as usual — not among Giants fans, but on the national scene. Instead, we've got a critical mass of overreaction because the play in question involved one of the game's true superstars. The reactionary push for rules changes — not just in MLB but the NFL, NBA, and most notably the NHL — reminds me of local governments that put up new stop signs and red lights at every intersection where a little girl is mowed down by a drunk driver. Pretty soon, there won't be any intersections left to police, and little girls will still be getting killed, and we'll have to accept the fact that these things happen. All the time.

Do I think it was a "clean" hit? Well, like Eric Byrnes on KNBR the night of the incident, I'll tell you I think it was about as ugly a play as I've ever seen live. But it was also perfectly legal, perfectly clean, and perfectly justified. Dude needed to score. Buster was in the way. No chance to avoid the tag with the ball beating him by a good three strides. Gotta destroy the guy in the pads. That's as quick as that decision happens, people. Even quicker. Nobody can fault Cousins for playing hard. This was an epic game with two solid teams battling salvo for salvo, and at the end of the day, you want to be sure you did everything you could to help your team win. So no, I'm not jumping on the "Cousins had a clear lane to the plate" bandwagon. If you've seen Buster Posey play, you know he tags the guy no matter where he slides — if he catches the ball.

Do I think Cousins should have tested Nasty Nate's arm? Absolutely. In that situation, you have to force the defense to make a play, even if that defense has a Gold-Glove caliber cannon in right field and an MVP candidate behind the plate. Cousins himself said as much in his postgame interview.

Do I think Buster should have been in better position to absorb the hit? I'm not even gonna touch that one. I'll leave it to a guy who laced them up. Check out this Baggs interview with Bengie Molina. Really heady stuff.

Do I think it would've been better for all concerned if Aubrey Huff had completed the Golden Sombrero and ended Giants' ninth-inning rally by striking out? I can't say for sure. Nobody can. Baseball is a funny game, the funniest of all in many ways, and the hardest to predict. That's why, when I hear a friend say they laid down money on a baseball game, I laugh. I don't mean to besmirch those with gambling... enthusiasms. But if you're betting on baseball, you have a serious problem. And talk about kismet! What are the odds Huff gets that game-tying hit the way he's been hitting? There were certainly no signs of life in his bat before or after, and it wasn't a rocket by any means. Simply a grizzled vet refusing to give in.

Where do I think the Giants go from here? Well, step one is to get over the horror of the injury. Put it in your rearview and plow on through the marathon. Buster will be back when he's gonna be back. There's no rushing something like this, and there shouldn't be. If he comes back at anything less than 100%, it would be a mistake, and one that could have reverberations throughout the remainder of his career and the next decade of Giants baseball. Let him heal.

In the meantime, the "other guys" need to step it up. Huff desperately needs to start looking at least remotely like his 2010 self. Miguel Tejada needs to continue his recent run of (modest) success and stop booting the balls hit right at him — especially because he can't reach most of the balls that aren't. Jonathan Sanchez MUST figure his shit out. And Pablo Sandoval needs to come back healthy and even leaner and meaner than he was in his torrid start to the season. But like Posey, he CANNOT be rushed back. These guys — along with Brandon Belt — will be the cornerstones of this offense for the foreseeable future. They must be protected at all costs... Yes, even the cost of a World Series title defense.

Btw... Barring a free agent pickup or trade, I'm calling a monster season from Eli.
Posted by Butch Husky at 8:41 AM